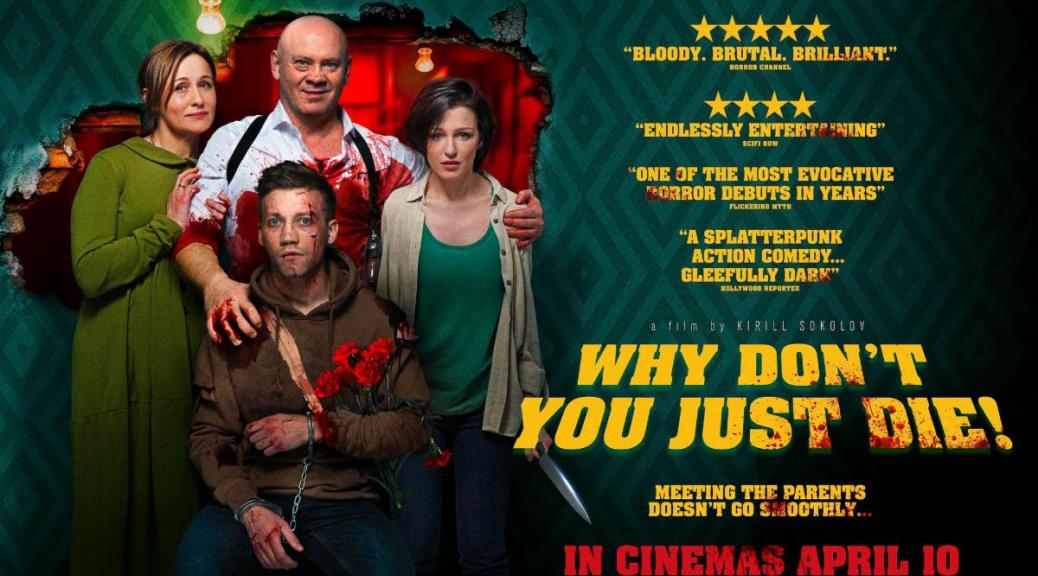 Arrow Video is proud to announce that Why Don’t You Just Die! will be making a limited theater release in several cities across the US in April. The film is the feature debut of writer/director Kirill Sokolov, and is described to be a black comedy in the vein of Quentin Tarantino and Edgar Wright.

When asked about the film Sokolov said:

“Despite our exaggerated use of genre tropes and all the flashy effects, Why Don’t You Just Die! remains, for me, an incredibly personal and sincere story. The film’s inherent violence is the result of reflection on the realities of life in Russia, modern relationships, and societal attitudes. The gallows humor which pervades the film is the only true reaction whatsoever to all of this. The film is intended as an emotional rollercoaster, making the audience laugh, cry, and laugh again – but then immediately feel a sense of unease for having laughed.”

Why Don’t You Just Die! has received high critical praise from festivals around the world.

Matvey (Aleksandr Kuznetsov) has just one objective: to gain entry to his girlfriend’s parents’ apartment and kill her father Andrey (Vitaliy Khaev) with a hammer to restore her honour. But all is not as it initially seems, and Matvey’s attempts to bludgeon the family patriarch to death don’t quite go to plan as Andrey proves a more formidable – not to mention ruthless – opponent than he anticipated… and Matvey, for his part, proves stubbornly unwilling to die.

The film is in Russian with English subtitles and has a run-time of 95 minutes.

Why Don’t You Just Die! will be released in select theaters in the US in April 10, 2020. The cities that will be showing the film include Los Angeles, New York, Chicago, New Orleans, Pittsburgh, Columbus, Knoxville, Ithaca, Houston, Lubbock, El Paso and Phoenix. Check local listings for theaters and showtimes.