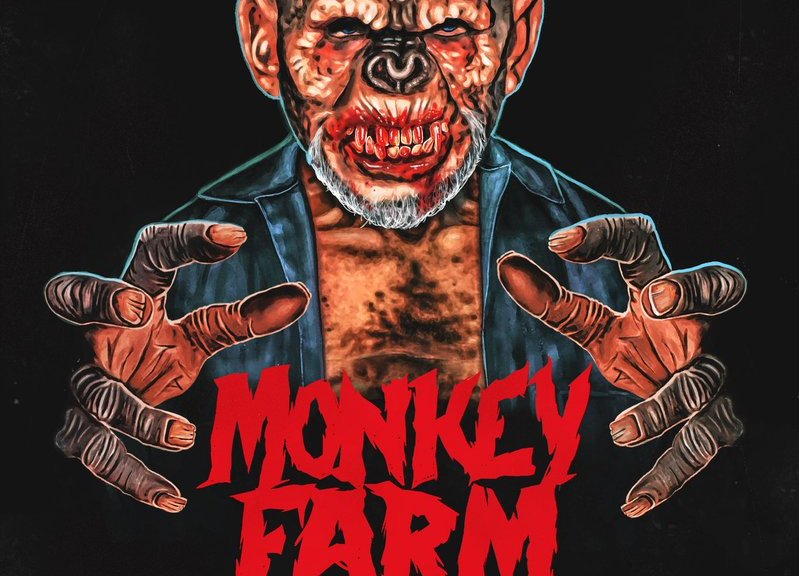 Indie horror films come in all forms, many of which are in the tradition of the classic slasher film; a body is found and a bloodbath ensues until one final girl is sitting in the back of an ambulance as her friends and possibly the killer make their way to the morgue. Monkey Farm does not follow the traditional horror film algorithm, instead it starts off slow and ends with a bang.

Monkey Farm begins in a documentary format moving slowly into a found footage, creature feature. The beginning, I will give them credit for, was well researched, believable and semi eyeopening to the world of animal testing; not the typical beginning to a horror movie.

If I were to compare it to any other films, I would say that it is a better version of The Blair Witch Project. Bonus points given to Ian Messenger for including a lot of references to House of 1000 Corpses (I will not spoil it for anyone, you’ll just have to watch it and find them for yourself) and even more props for centering the basis of the film around such a controversial topic in the age of being easily offended and the keyboard warrior.

If you’re looking for a film that is completely original and outside of the Hollywood remake spectrum, Monkey Farm is one worth checking out. It is gritty and super suspenseful, combining a lot documentary, found footage, creature feature and a touch of comedy is a lot to manage in one film, but this time it was done beautifully.

An exploration of what happens when human curiosity and animal rage collide. This low-budget, high-concept thriller presents a different kind of antagonist, and the same well-meaning-but-doomed kids you love to cheer for as they meet their grisly ends.