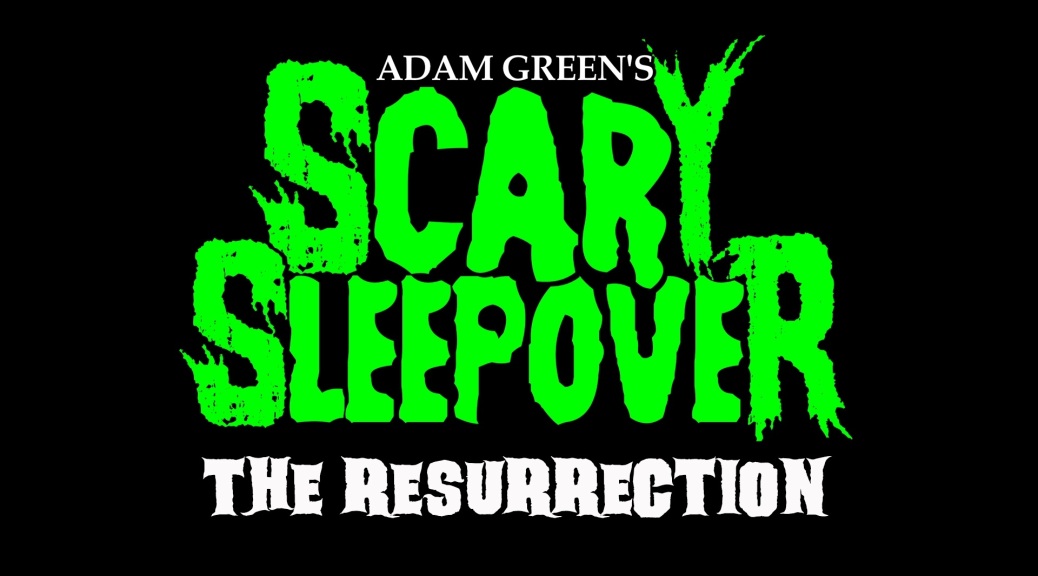 Writer/director Adam Green is known for films like Chillerama, Frozen, Grace and of course, the Hatchet series, but some of his most personal work comes in the form of his shorts and original series. One of his more intimate original series was called Scary Sleepover.

Adam would invite guests to have a sleepover and they would get up to silly antics that made the audience laugh, but they would also have serious discussions about careers and real fears. Some of his past guests include Slash, Kane Hodder, Danielle Harris, the late Sid Haig and many more.

The series ran from 2015 to 2017 with full length episodes running on ariescope.com and shorter versions being posted to the Ariescope YouTube channel.

To the delight of Sleepover fans, Green has decided to resurrect the series. Unlike other creators, he is not rebooting it for selfish reasons. He decided to bring it back after reading an article by a fan describing how Adam and the series helped him through depression. The article is called “Adam Green Saved My Life” and was posted on NightmareNostalgia.com by Landon Evanson (read Landon’s incredible article HERE). Two months after reading the article, Green lost colleague and friend Sid Haig.

Your help is needed to bring back Scary Sleepover. The series was free for fans to watch, and that can get pretty pricey; instead of charging fans per episode, Green has launched an Indiegogo campaign. He has set a budget of $5,000 per episode, so every $5,000 raised is a new episode.

For more information on Scary Sleepover, to read the campaign in its entirety and/or to donate to a great cause, check out the official Scary Sleepover Indiegogo Campaign.