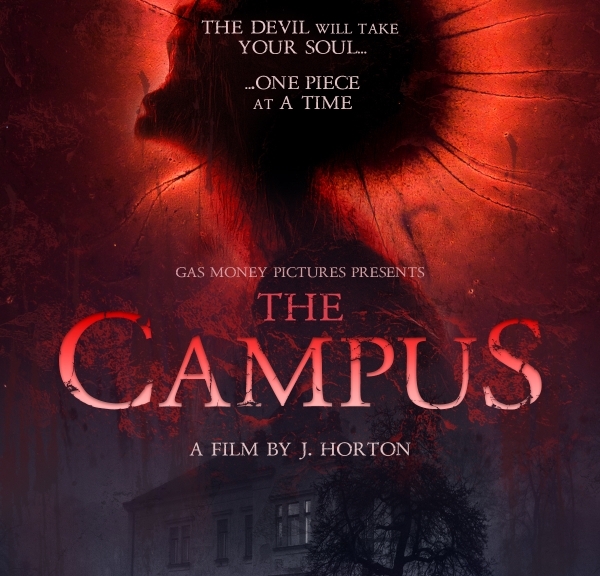 What happens when greed gets the best of a person? The events of ‘The Campus‘ from Gas Money Pictures provides the answer. The film was written and directed by Jason Horton (Monsters in the Woods) and stars Rachel Amanda Bryant (The Disappearance of Madison Bishop), Britt Sheridan (Supernatural), Robert C. Pullman (Billy Bob and Them) and Scott Menville (Teen Titans Go!).

Robert dies after breaking his deal with the Devil, bringing his daughter home for the funeral. Morgan arrives with the intent of ripping off the family business but soon finds herself in a never-ending cycle of terror; being brutally murdered then resurrected over and over again – each time losing another piece of her soul.

‘The Campus‘ will premier in Hollywood in late January and hit VOD via Amazon Instant on February 1st. If you are more of a DVD/Blu-ray person, sadly you will have to wait until April for the film.

“The devil will take your soul…one piece at a time”